In 2018 Vector Spa signed Standard of Conduct for Business written by the United Nation to reduce discrimination against LGBTI people at working place.

Already 200 companies around the globe joined this project.

As a support to the equality of the lesbian, gay, bisexual and transgender (LGBT) community, the United Nation's Free & Equal Project was established by the Office of the United Nations High Commissioner for Human Rights in partnership with the Purpose Foundation.

Free & Equal aims at raising awareness of homophobic, transphobic, violence and discrimination. It focuses on promoting greater respect for the rights of LGBT people, everywhere. The campaign has been successful in engaging millions of people around the globe in conversations that will help in promoting the fair treatment of LGBT people and the generation of support for measures to protect their rights. The campaign's message of acceptance and equality reached more than a billion people.

Standard of Conduct for Business invites companies to change their internal policies in order to be more inclusive and to share and promote this values on their own territory.

Vector Spa is doing it with spacial comunication on our website, social networks, news papers and every year is main sponsor of Varese Pride. 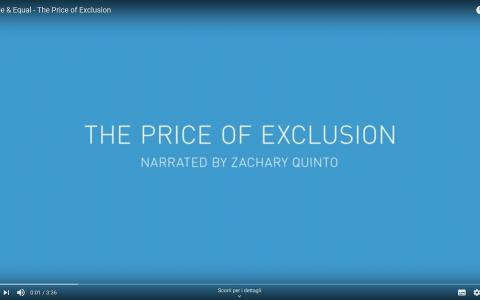 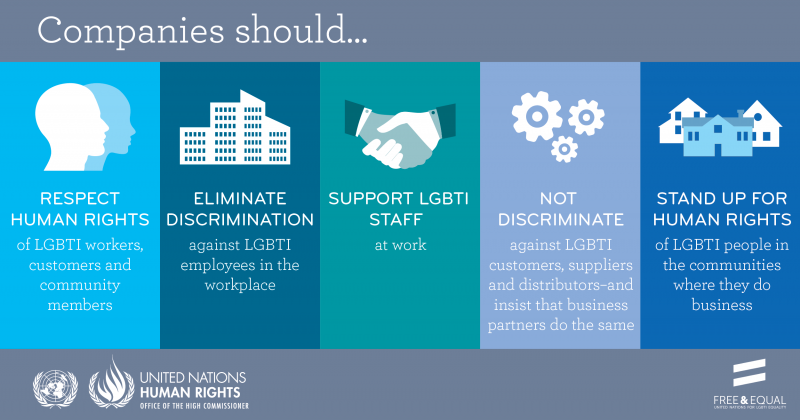