The 10th of February 2015 we joined Parks - Liberi e Uguali, the first network of companies that fight and promote for LGBT workers'  rights in Italy.

It is a non-profit making organization, whose members are exclusively employers, created with the aim of helping partner companies to understand and attain maximum business opportunities deriving from the development of strategies and good practices that respect diversity.

According to cautious estimates by the WHO, people belonging to the LGBT category make up at least 5% of the world population: that means that over a million of the twenty three million workforce in Italy are homosexual, bisexual or transsexual.
One million workers about whom we know next to nothing. Strong social stigma relating to diverse sexual orientation and gender identity means that the vast majority of LGBT workers cannot reveal their true identities in the workplace. Wearing a “mask” at work generates enormous levels of emotional stress. The fear of being “unmasked” and discriminated against can have an important bearing on work performance and the unwillingness to share personal news and information with others can often be interpreted as a lack of social skills or suitability for teamwork.

In spite of this, a growing number of companies – not only large scale or foreign ones – have started debating whether it might be more appropriate to adopt new guidelines in personnel management, enabling them to motivate and involve all employees whatever their differences, all be it with added costs.

This change of direction towards the encouragement of inclusion and the capitalization on diversity in the workplace can represent a huge opportunity and an important competitive advantage in the marketplace.

LOOK THE VIDEO : WHY PARKS EXIST? 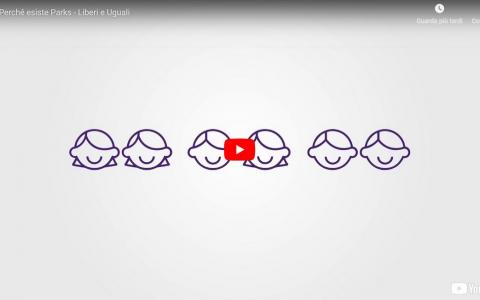